Report on repeater work (with pics)

Lots of work was done on the clubs main 147.390 repeater on Saturday, October 17th. Thanks to Barry, KI8B and Del, N8OFP for re-working the repeater cabinet from the ground up, and to Marty, N8XPK and his crew Pete and Kevin for the tower and antenna work! 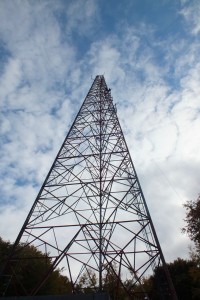 The antenna is about 3/4 of the way up the tower on the right side of the main tower picture to the right.

The morning started off with Barry, KI8B and Del, N8OFP assembling the new antenna on the brisk 36 degree morning. 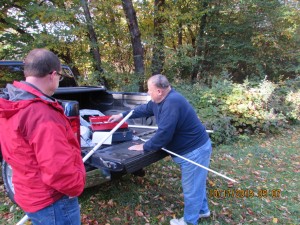 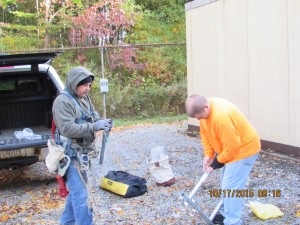 Marty, N8XPK and Kevin, KD8MTN prepared for the climbing work (below), and the whole morning was fueled by the traditional breakfast of champions. 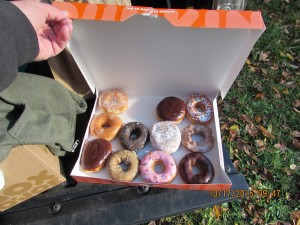 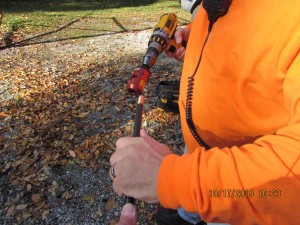 Part of the prep work included using what may be the coolest prep tool ever to prepare the end of the heliax jumper for a new N connector.

By the time the outdoor antenna work was wrapping up, we were over the balmy 40 degree mark, but snow pellets were falling on the ground. Of course, ham tradition states that weather like this virtually guarantees a good performing antenna system. 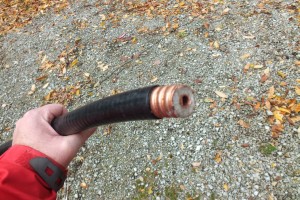 Here’s a close up of the end of the new 7/8″ hardline that was installed end to end on the system. 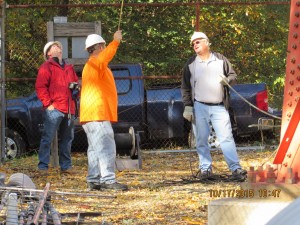 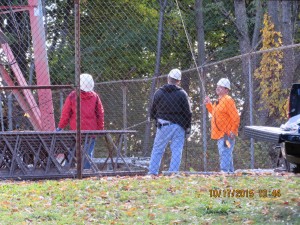 The ground crew of Del, N8OFP, John, N8CD, and Kevin, KD8MTN pulled up the side arm mounting, the antenna, and the hardline (which is quite a bit heavier as it is lifted)

The real work was happening a couple hundred feet above, about 3/4 of the way up the tower as Marty, N8XPK and Pete installed the side arm, antenna, and feed line in the cold 20 MPH wind 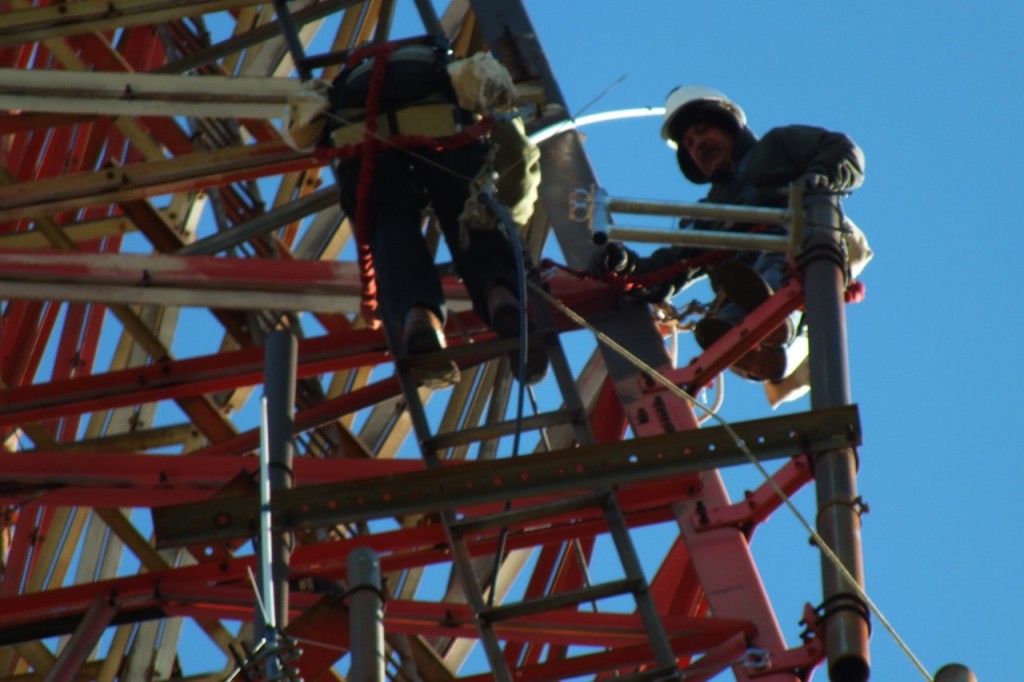 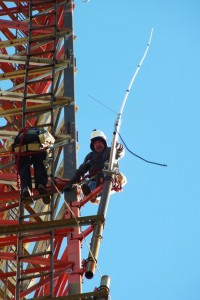 With the outdoor work completed, the antenna pattern was verified.

Here’s the final look of the repeater cabinet in it’s new home. 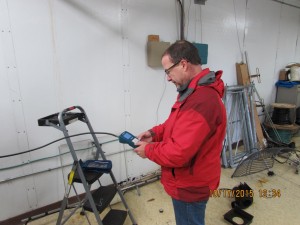 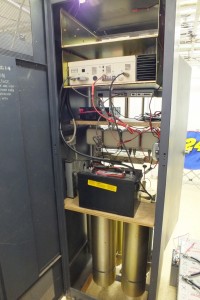 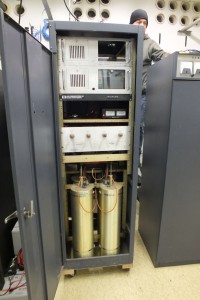 The Vertex VHF repeater is on the top, power supply, UHF duplexer, and battery backup in the middle, with the VHF duplexer at the bottom.

The afternoon was topped off when Bob, W8IJG, along with this week’s foxhunt winners Carol, N8SIN and Gary, N8OGK showed up with sandwiches and all the fixin’s for the crew! Thanks guys!