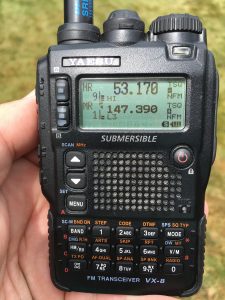 The Yaesu VX-8DR is a lot of radio in a small package.

First – some background on “dual-band”, or even tri-band and quad-band mean. There are 3 meanings for “dual-band” radio in amateur radio specifications, and it isn’t usually clear from the brochure which definition is used for a radio. 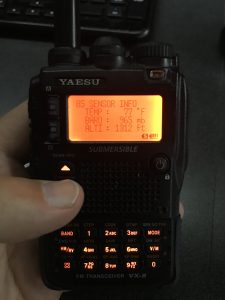 A word about 6m Handheld operation

6 meters is included in this radio in full 5 watt transmit, and the antenna that comes with the radio has a screw-on extension that allows it to work on 6m. However, don’t expect the same performance out of this setup as you get from a “real” antenna or even what you get out of a rubber duck antenna on 2m or 440. A quarter wavelength antenna on 6m is 54″ long, and works best with a 1/4 wavelength counterpoise of some sort. The long antennas coupled with the higher noise floor typically found on 6m compared to other VHF/UHF bands also add to the challenge. Operating 6m with the included antenna from this radio or any other handheld is a compromise at best. Having said all that, it still works, and is a handy feature if you’re reasonably close to a 6m repeater or 6m receiver site.

One tip I picked up from Marty N8XPK is to keep 54″ of wire handy and slip it under the ground connection on the SMA connector when using the radio on 6m. It makes a big difference especially on your transmitted signal. 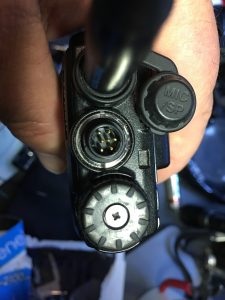 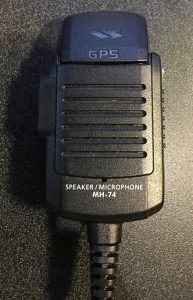 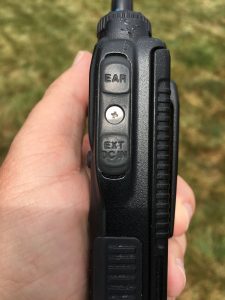 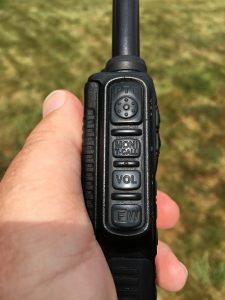 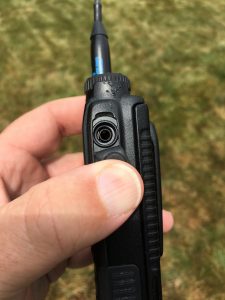 APRS on the VX8 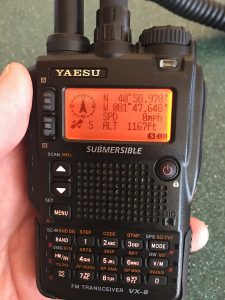 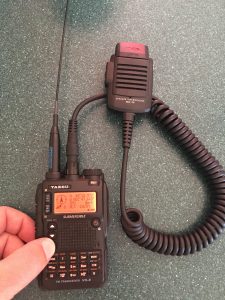 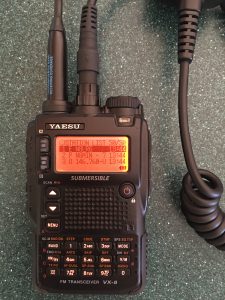 Using APRS isn’t quite as good on the VX8 as it is on the FT-2DR, but it’s close. The radio does have a built-in APRS modem and functions, but does NOT have a built-in GPS receiver. That can be solved by adding Yaesu’s optional GPS receiver, which can be attached to either the radio itself or to the optional speaker-mic (shown above). Together with the radio, it’s a pretty nice package and has all the APRS functions you’d expect including messaging, position reporting, receiving others’ positions, and distance/direction to others.

All radios have compromises in their design. The VX-8DR isn’t flawless, but it’s pretty close. I’ve never found a radio with more functionality and quality combined together, especially in such a small and rugged package. This is actually my favorite HT out of all of the portable radio’s I’ve owned. In fact, I’ve owned two of them – I had one several years ago and sold it off to fund trying out other HT’s. After a year or so I missed it and bought another one. If you’re looking for a radio that is simple to operate for a newbie or someone that doesn’t want all the technical clutter, this probably is NOT a good choice. However if you want one radio that can do just about everything except for digital modes and do it all well, this is the rig.