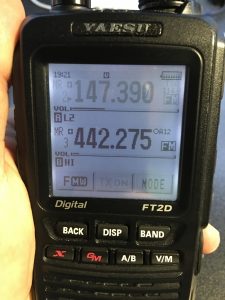 The Yaesu FT-2DR is a fantastic handheld radio that operates 2m and 70cm FM, along with Yaesu’s Fusion digital mode. It has a built-in GPS receiver that is sensitive enough to operate even inside some houses, and can use that GPS with the best implementation of handheld APRS I’ve ever experienced.

Given the lack of System Fusion digital mode activity in North East Ohio, I’m not going to go into the details of how this radio operates in that mode. I have used it in digital mode with the Massillon repeaters to other digital users, and it works flawlessly. For the purposes of this review I’m sticking to the analog FM and APRS functions. 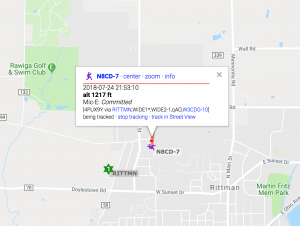 If you’re not familiar with APRS, it’s the Automatic Packet Reporting System which allows users to report their position, see others’ position, send and receive text messages, and other functions. Positions can then be seen on the Internet at https://aprs.fi/

Compared to some modern HT’s this radio isn’t the lightest or smallest, but it has a solid almost commercial feel to it. The backlit touchscreen display is fantastic, and makes navigating menus easier than just about any radio on the market. Typing APRS text messages and adding alpha-tags on memories is also very easy even without a computer. This is another place this radio has few equals on the market. The display is a resistive type as is found in many automobile built-in navigation systems, which means you have to push a little harder than a smartphone but it will work with gloves on as well. Also unlike a smartphone, the display is also readable in direct sunlight and also in total darkness thanks to the backlighting. 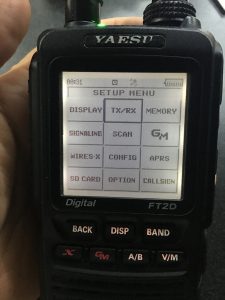 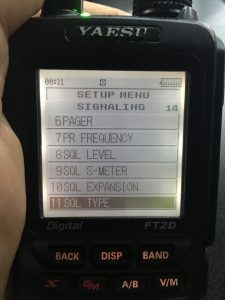 This radio shares batteries with the popular Yaesu VX-8DR, which makes it handy to trade back and forth if you happen to have one of those. It also has a 13.8VDC jack n the side of the radio as well for use in the car or shack. The radio is not a true dual band radio that allows transmitting on one side at the same time as receiving on the other, but it can actually receive on both sides at the same time (not in a scan mode like a Chinese radio, you can actually listen to two QSOs at the same time with the FT-2DR). Speaking of receiving, the radio can receive 500KHz to 999MHz in addition to the ham bands. APRS must be used on the bottom band of this radio, but it keeps the top half of the radio free for QSO’s on 2m or 70cm even while APRS is enabled. There is a very brief gap in receive audio on the top band while an APRS beacon is transmitted from the bottom band, but that only normally occurs for about a second every few minutes while APRS is enabled on the radio. This would make the radio usable in a ham radio service event such as an ARES exercise where APRS may be used to track operators’ positions. 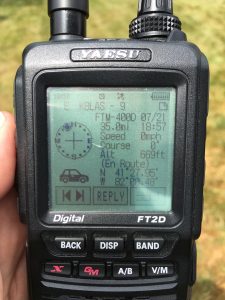 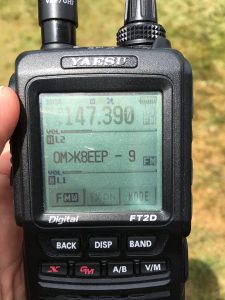 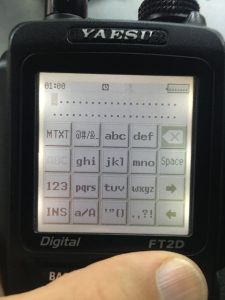 If you have a desire to run APRS portable, just go buy this radio. It is as good as it gets for APRS. It’s also an excellent Fusion digital mode radio. On top of that, the ability to program the radio using the SD card rather than a cable makes it very convenient. The analog FM voice mode is on par with some of the best radios as well. If you’re looking for a really nice radio with a fantastic display and a host of other features, I would highly recommend this is a great HT.