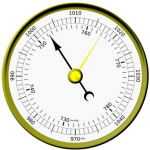 The Barometer Net has been a tradition on SARA’s 147.39 repeater for at least 25 years, and has gone through 3 major evolutions since its start in the 1990’s. The first generation of the net got it’s start with a group of friends including Garlock K8BYR (SK), Dorothy WB8JTW (SK), Tom K8DSD (SK), and was occasionally joined by many others including Bill WN8L and Mary KA8MPH (SK). Some mornings only had the 3 core members, and some mornings included 8 or 10 people. The group would get together informally for a round table on the 147.39 Repeater in Doylestown, Ohio for about a half hour in the morning around 8:00 AM Monday through Saturday to chat from their ham shacks about daily events and news. At some point many in the group received home weather stations that included barometers, and as each person joined the net they would give their local barometer reading and some hint about what that might mean for the forecast. This led to the name “The Barometer Net”.

Garlock K8BYR was generally the “net control” of the round table from his QTH in Akron until he moved to Springfield, Ohio in 1997, which is when Dorothy WB8JTW took over the Net Control reins from her home in Solon. As Dorothy’s health declined around 2009, Tom K8DSD took over the net control duties from his home in Akron. The net evolved over the years into a second generation, starting earlier and including more drive-time commuters on their way to work. It also took the shape of an informal net rather than an informal round table conversation. During this time, Ron KD8CVS got back into ham radio in 2006 after a hiatus to take care of life’s obligations. He became a regular check-in on the Barometer Net. As Tom’s health declined and he passed away in 2011, Ron KD8CVS took over net control duties and led the daily gathering into its third generation. 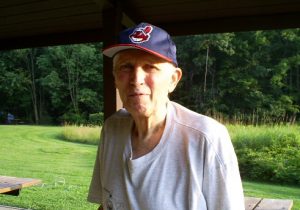 The Barometer Net had evolved from three friends getting together for a half-hour morning chat to the semi-formal drive-time and area net it has become today. In addition to the normal check-ins, the net has quite a following of listeners, many of which don’t have ham radio licenses but listen on scanners. Since Ron KD8CVS took over Net Control duties the net has gone as long as nearly three hours with over 50 check-ins on occasion. It’s mix of mobiles and hams at home make it a great place to keep up on traffic, gasoline prices, news, good conversation, and of course, the weather. Occasionally a guest or fill-in net control will help out if Ron has an appointment or obligation, but Ron has run the net as regularly as the sun coming up 6 days a week for at least 7 years. By my calculations, Ron has run over 2000 sessions of the Barometer net! That’s quite an amazing accomplishment. This long-running net helps keep people on the air, fosters relationships, and is a great activity for keeping interest high in the SARA club as well. In addition to running the Barometer net Ron also picked up NCS duties for the weekly Tuesday Night net for several years as well around 2012-2015.

Statistics are not available for the first two generations of the Barometer Net, but Ron keeps a running log of each day’s net with “one notebook sheet per day” and passes that information over to Phil N8VGX for compilation into a master spreadsheet of check-ins.

Some interesting statistics from the 3rd generation Barometer Net:

Be sure to stop in and join Ron and the rest of the Barometer Net Monday through Saturday starting around 7:00 AM Eastern time and running till around 8:00 AM. You can find the Barometer net on the 147.390 MHz repeater in Doylestown, Ohio with a CTCSS tone of 114.8Hz. The repeater is maintained by the Silvercreek Amateur Radio Association and anyone is welcome to check into the net and join in on the conversation whether they are a member or not.

Thanks to Phil N8VGX for compiling the statistics, all hams that regularly and occasionally check-in, anyone that has filled in when Ron needed a hand, and all of the listeners. And of course – thanks to Ron KD8CVS for his years of dedicated net control work keeping the Barometer Net tradition alive and well!