The following comes from Fred KD8GYS, the Net Control for the unbelievably successful and growing Sunday Evening 6m Net. Thanks Fred for the information and for keeping the net going and growing! 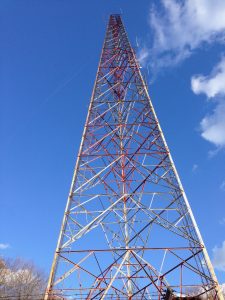 With all these sites, it made this system a very high profile system, covering 28 counties in Ohio as well 3 counties in PA.

We want to thank Marty N8XPK for his devotion to 6 meters, his time, money and continued up keep of the system that we all use for free.

According to paper logs I started as net control 11/28/12, in November through December of 2012 we had total of 73 check-ins. From there, the net took off with growth every year:

Highest number of check-ins for the net in each year:

The way all this started – I was checking into the net when Marty N8XPK was running the net. A couple times there was no net. Marty explained with his work load and being on call plus home life he was not able to commit every Sunday to the net. I ask if he would mind if I took a crack at it under his supervision.

Marty said OK, it is a lot of work and commitment. So in skillet I went. It started out slow with a group from the Barometer net. An average of 9 check-ins at first and then it started to grow and grow and grow. I set a goal of 50 check-ins for 50 Megs and that was met 1/1/2017, which was a great way to start the year. We decided to start a ham radio related trivia question on each net. With the number of check-ins I knew I could not do both. Then is when WB8UPA Russ said he would furnish a question for the net each week, and on 5/18/2014 the first trivia question was born. Russ has provided a question for nearly every 6m net since that date. Also on 1/5/14 good bye to the paper logs – thanks to N8OFP Del who created a computerized data logging system built special for the net, which was put into action.

After all that yet another part of the net exploded. Marty’s system being high profile and wide area coverage was great, but then comes along another addition to the system. Marty N8XPK and N2KEJ Steve worked out a plan to hook Steve’s system up to Marty’s and another level was brought to the net. Echolink, Allstar and 440 were added at about the same time, stretching the coverage of the net even further. All of the expansion that has taken place since Marty’s first endeavor of 6 Meter communications till now is outstanding. I along with many others say “Thanks Marty”. We know it takes time, effort and money to offer what you have built for all of us to use free. Thanks again and we hope 6 meters keeps growing. We must thank the (IT) team of N8CD John, N8OFP Del, N8JDM Jason along with volunteers when Marty needs a couple of extra hands.

A special thanks to all from Marty allowing me to run the net to the last check-in who has put up with me as net control.