My name is John, and my call is N8CD. I was originally licensed in 1978 as a Novice class at the age of 12, and before the time I was 14 I had my Technician class license. Since then, I’ve bought, traded, and sold a lot of different radios, and particularly a lot of different handheld radios. These are also known as “HT’s” (Handie-Talkies) or “portables”. It occurred to me that none of them were perfect in my view. Each of them have good points and bad, features that make sense and features that don’t. In fact, even today I did an inventory and realized I currently own 12 different handheld radios. Over the past 40 years I figure I’ve owned over 20 different ones, many of which have been sold or traded off. Most of the ones I own now are older and don’t have a lot of value, but still they all have a place.

Starting with this post, every few weeks I’m going post short reviews of the handhelds I own and a few that I have owned in the past. I’ll be reviewing the radios from today’s perspective, which is important since some of the radios shown here are more than 30 years old! Hopefully people will find this useful, or at least entertaining. The opinions in this series are my own. 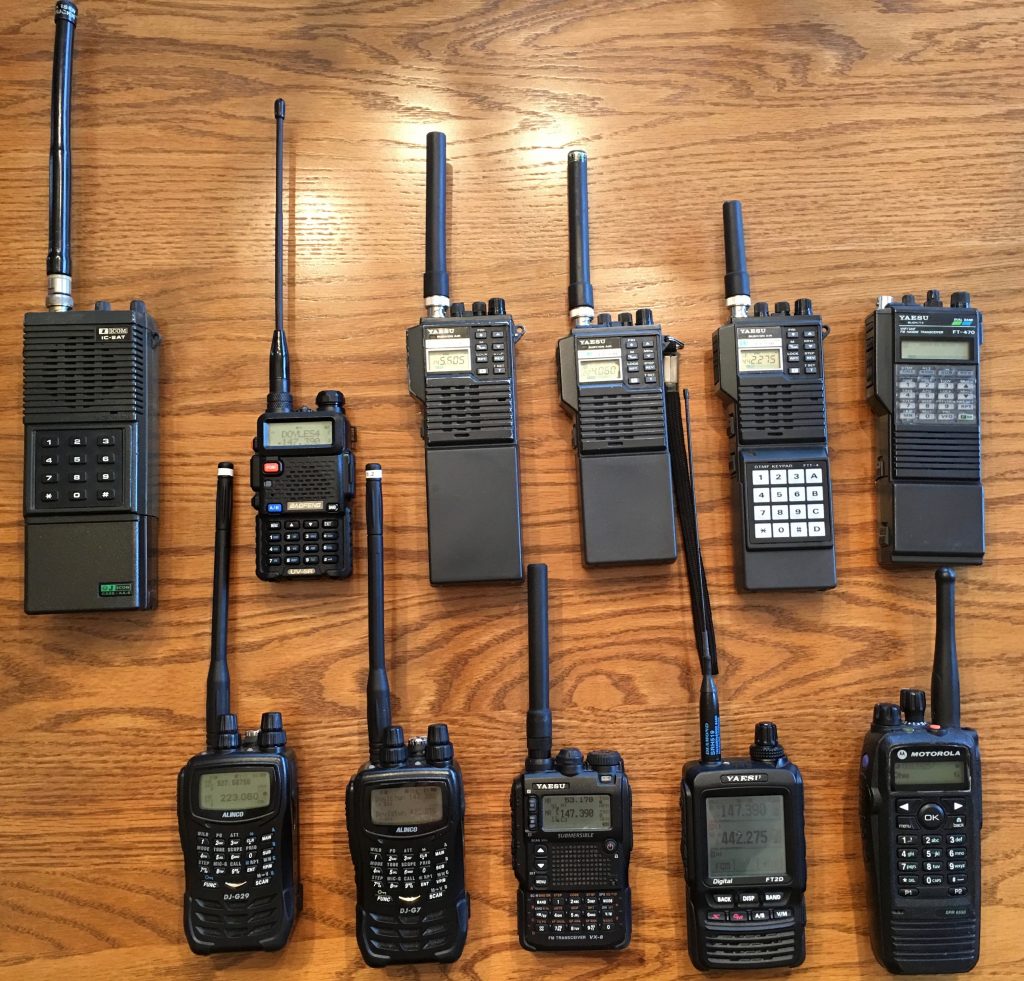 I’ll try to point out a few Pros and Cons from 2018’s view, along with a highlight of a few features of the radios.