Jason N8JDM and myself (John N8CD) operated the Ohio ARES VHF Simplex contest as a rover on Saturday January 13th 2018 under the callsign WW8TF, and had a blast doing it. Both Jason and I  want to thank everyone that got on the air and worked us as we made our way south. If you’ve never gone out for a rover operation, get out there and do it on some scale. It’s a lot of fun, and you’ll learn a lot along the way as well.

Here’s a short video of our day. Note that the time in the lower left of the dashcam video is off by an hour or so. It’s in HD so you can watch it full screen to get the whole effect:

Here’s a few quick stats from our operation:

It took a couple of weeks of planning, including antenna and radio planning and building, mapping out the best operating locations in several counties (best meaning highest place along a reasonable route with places to pull off and set up), choosing and laying out a route, setting up logging, and getting some of the rules clarified with the organizers. 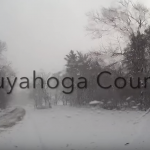 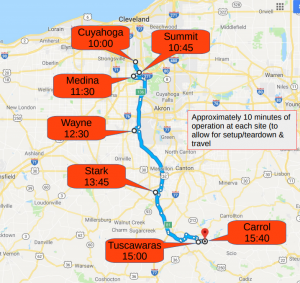 It was about 17 degrees, windy, and snowing when we got to our first site in Cuyahoga county. The snow came and went throughout the day. In spite of the weather we were able to stick to our original plan pretty closely, with enough time to help push a couple of ladies out that were stuck in the snow and make a couple of stops for refreshments along the way. After the Cuyahoga county site, we setup in the Giant Eagle parking lot in Richfield for Summit county, then Top O’ Ledges picnic area in Medina county, followed by operations from a park in Doylestown for Wayne county. The Stark county location was a few miles south-west of Navarre on a ridge near a couple of commercial towers. It’s always reassuring to see commercial towers where you are operating VHF, because it means someone else thought it was a good place for VHF transmitters as well. 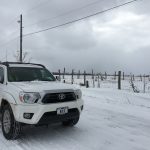 After Stark county, we headed south through Tuscawaras county and made a few contacts while moving before doing some operations from the Roxford Church near Dennison Ohio. We didn’t setup the mast here and the altitude was a little lower than we would have liked, but it fit into our driving schedule better than some other locations. Finally we worked our way along some country roads and pulled off the side of Cougar Road SW just inside Carroll county for our last operation. Here we picked up several more southern counties that we hadn’t worked before. All along the way we used APRS to report our position, and had a few people following us via https://aprs.fi to keep up with our operations.

Here’s a few pics from our rover ops: 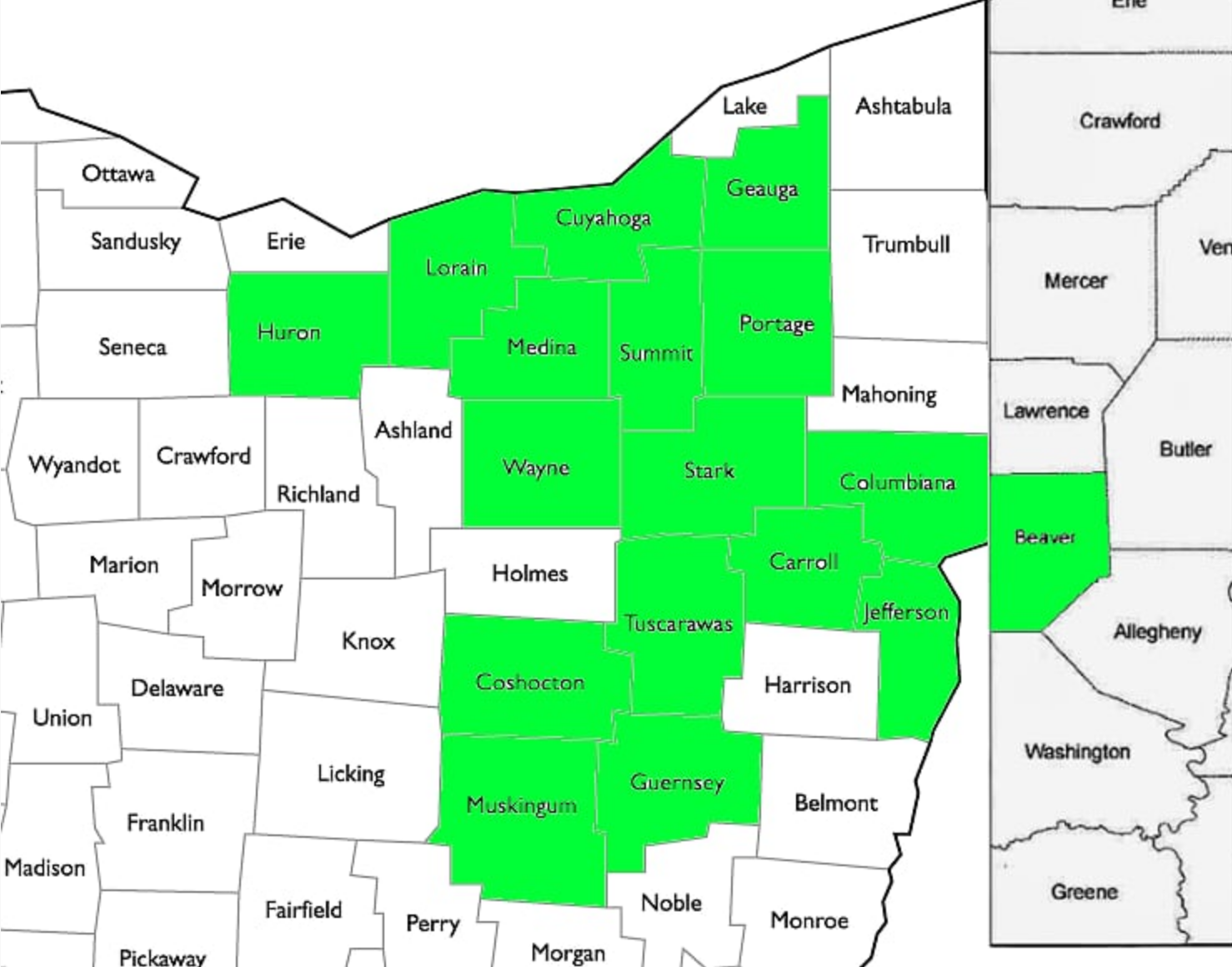 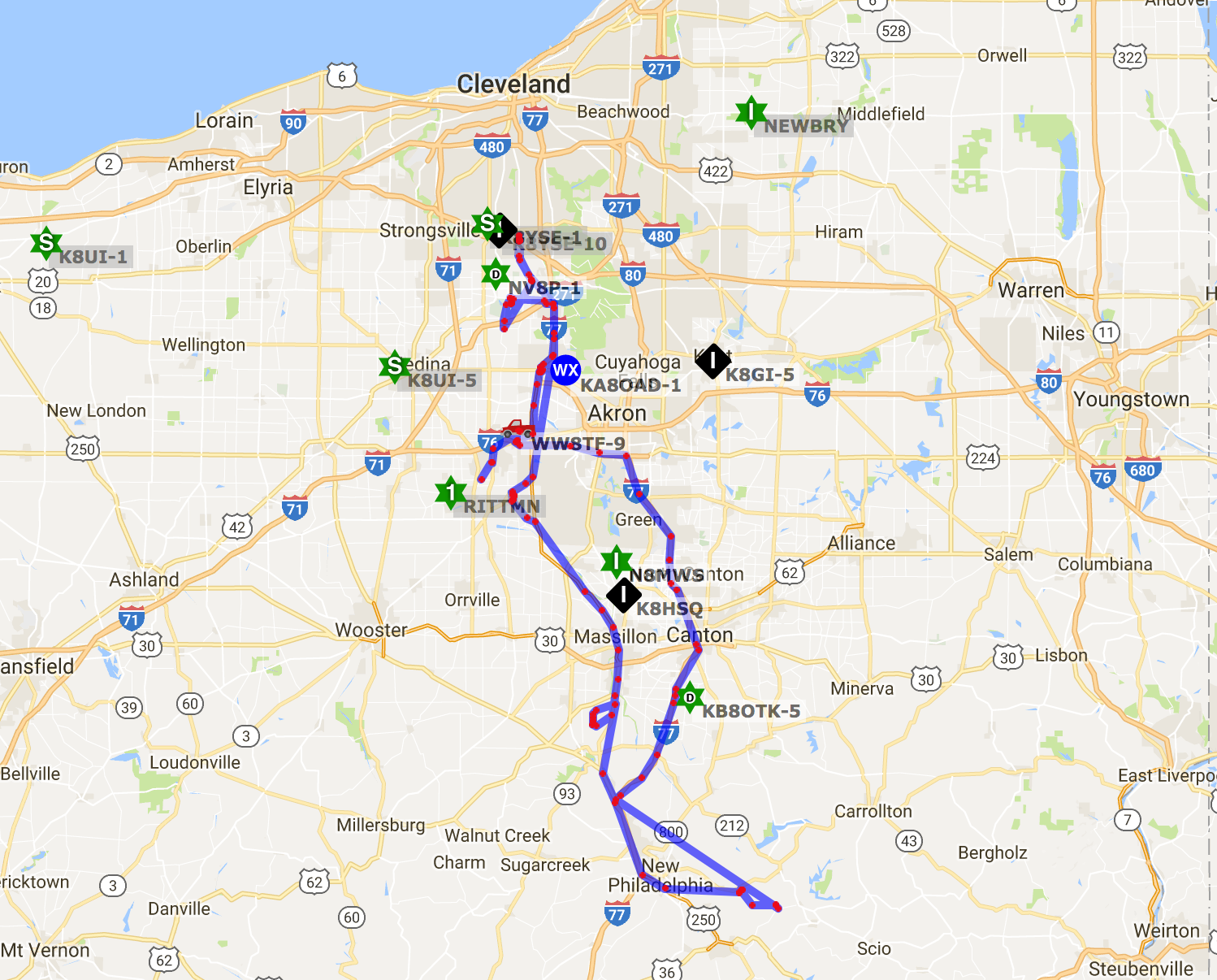 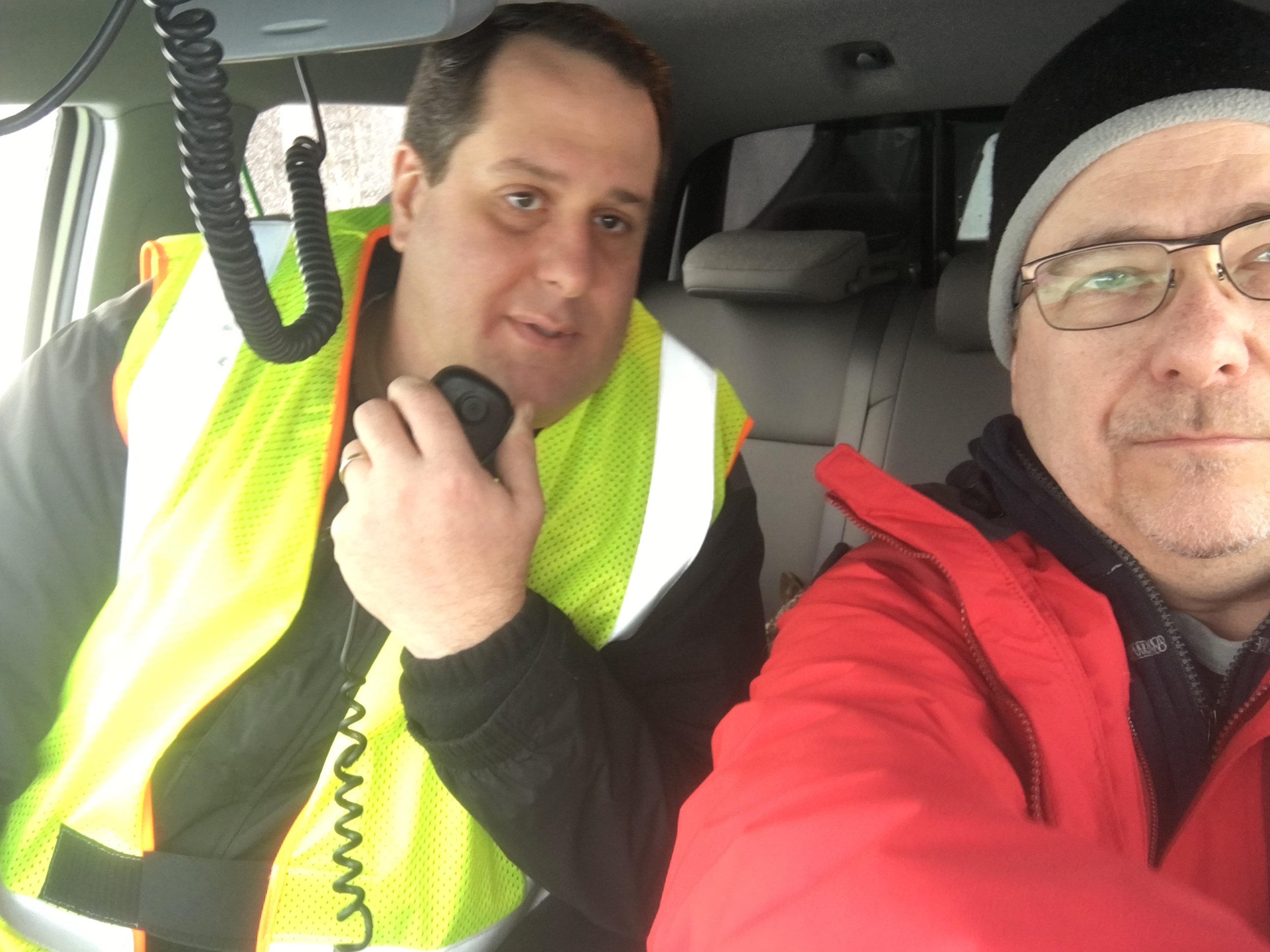 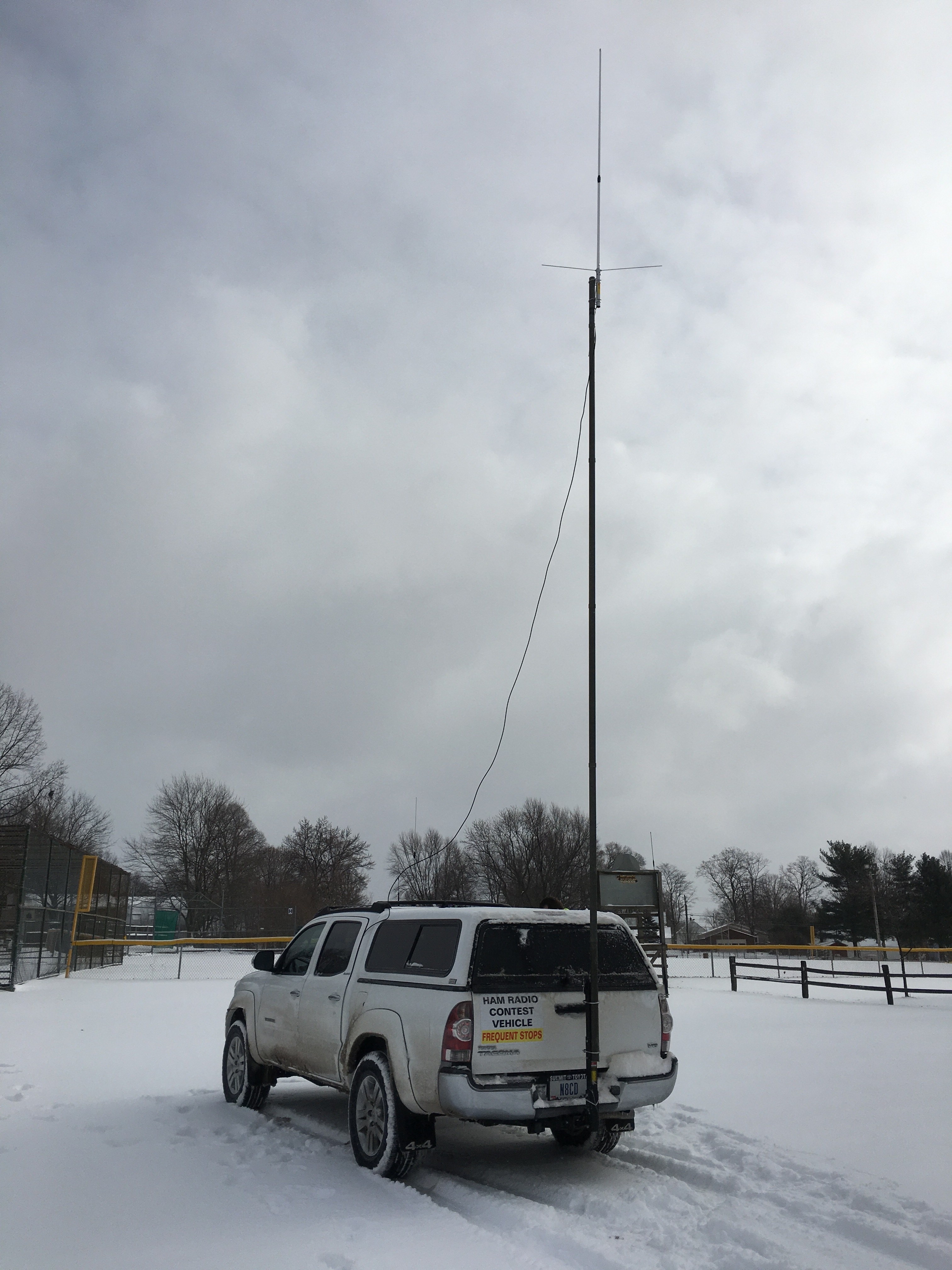 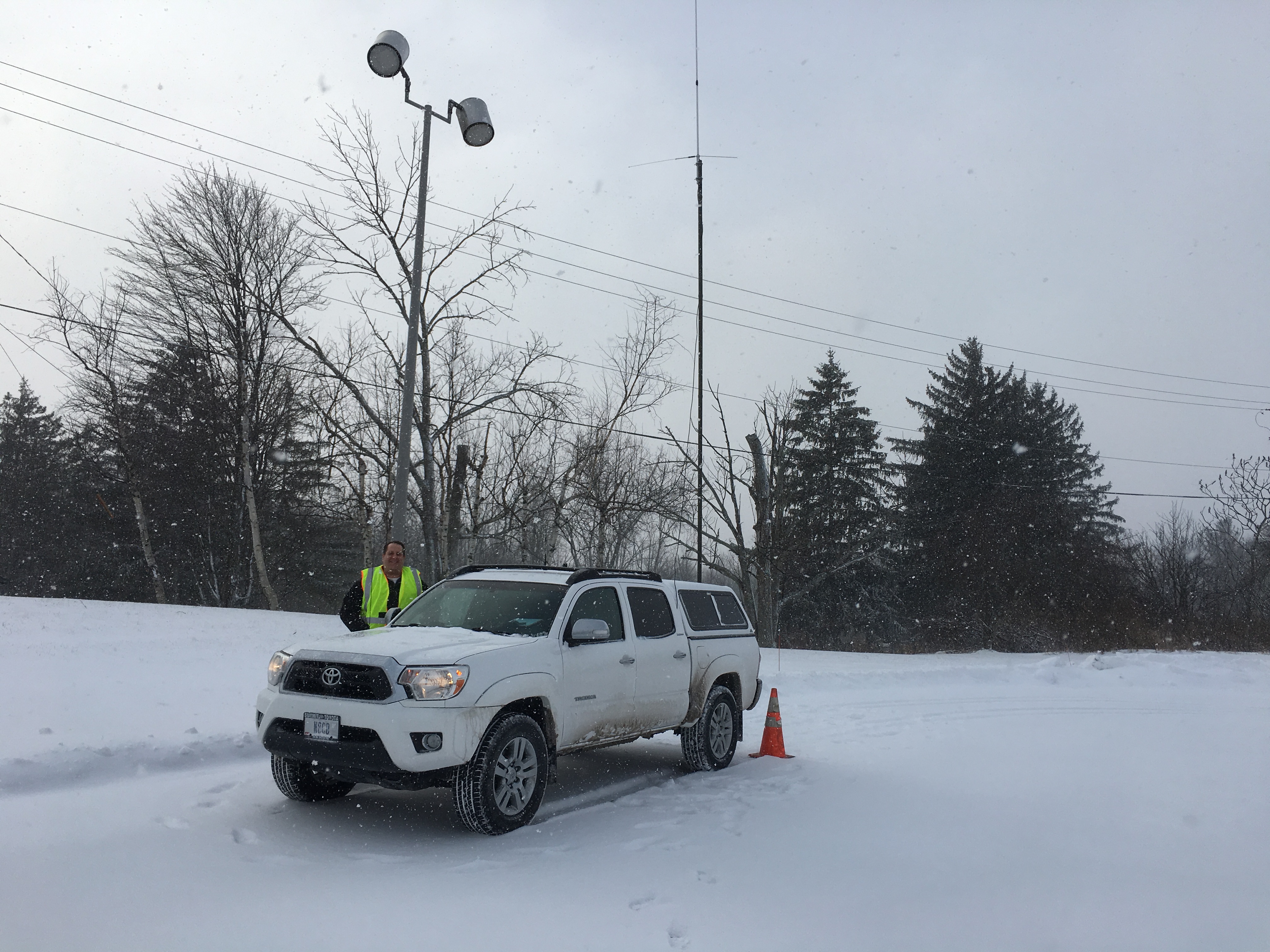 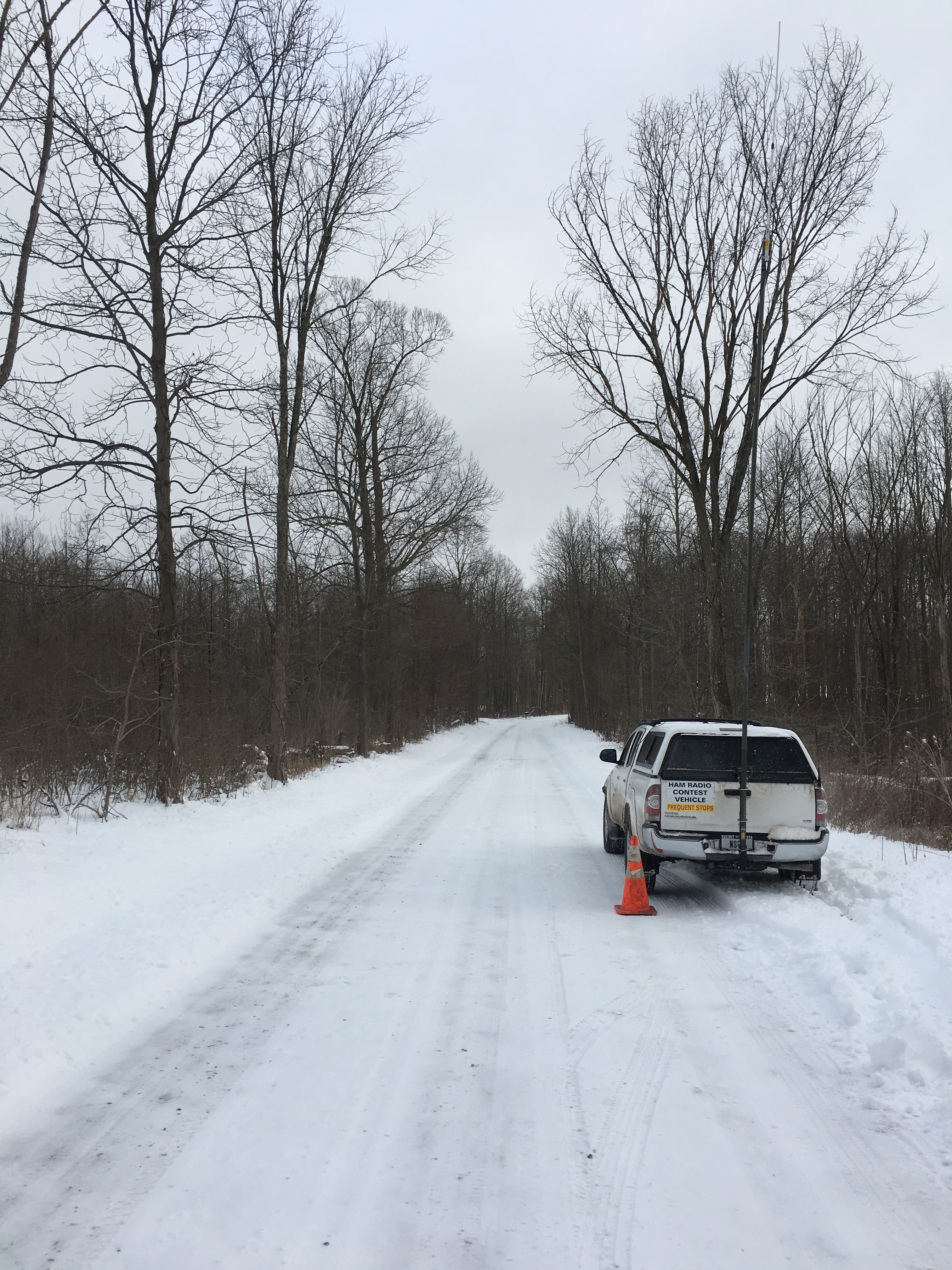 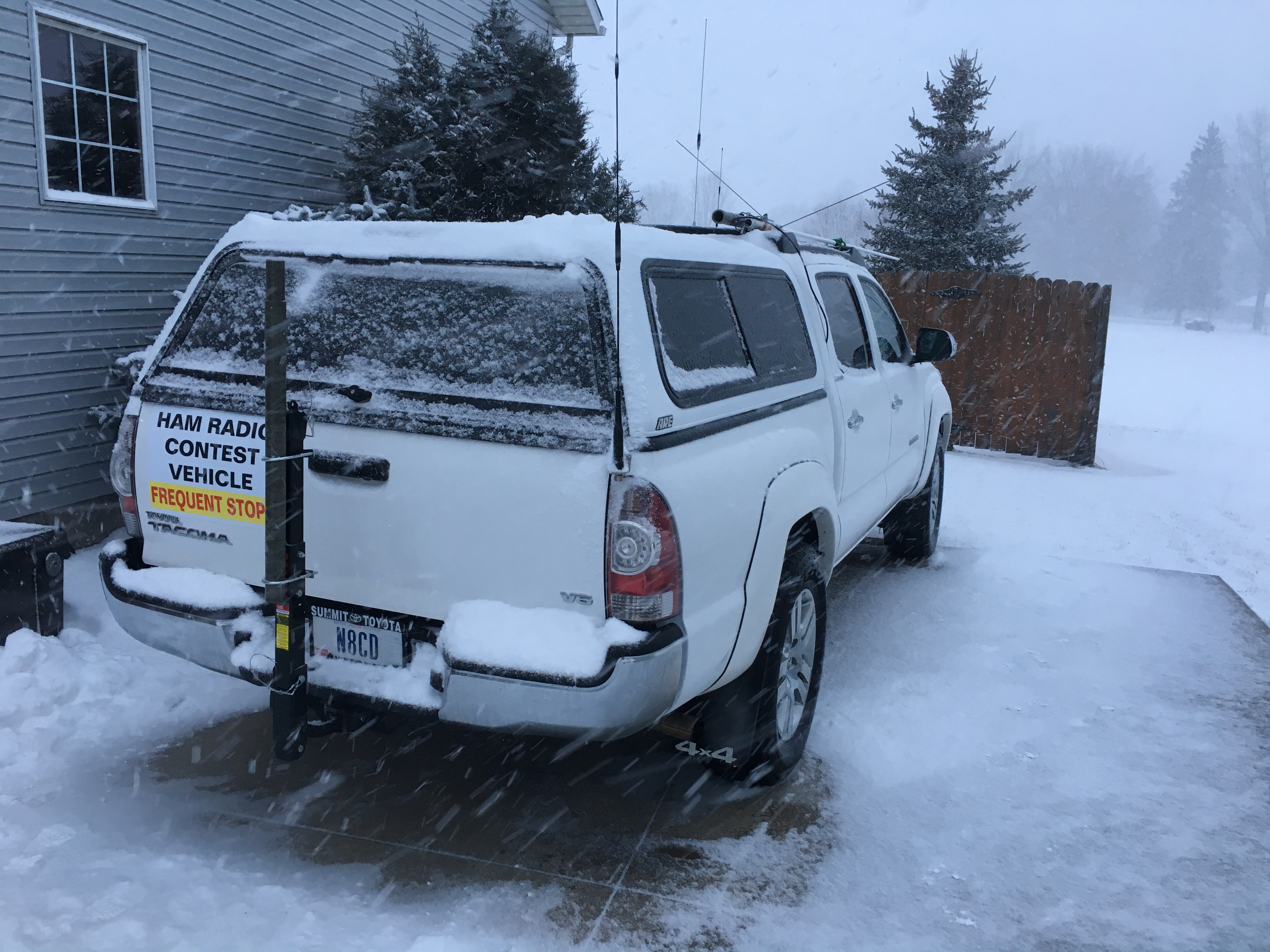 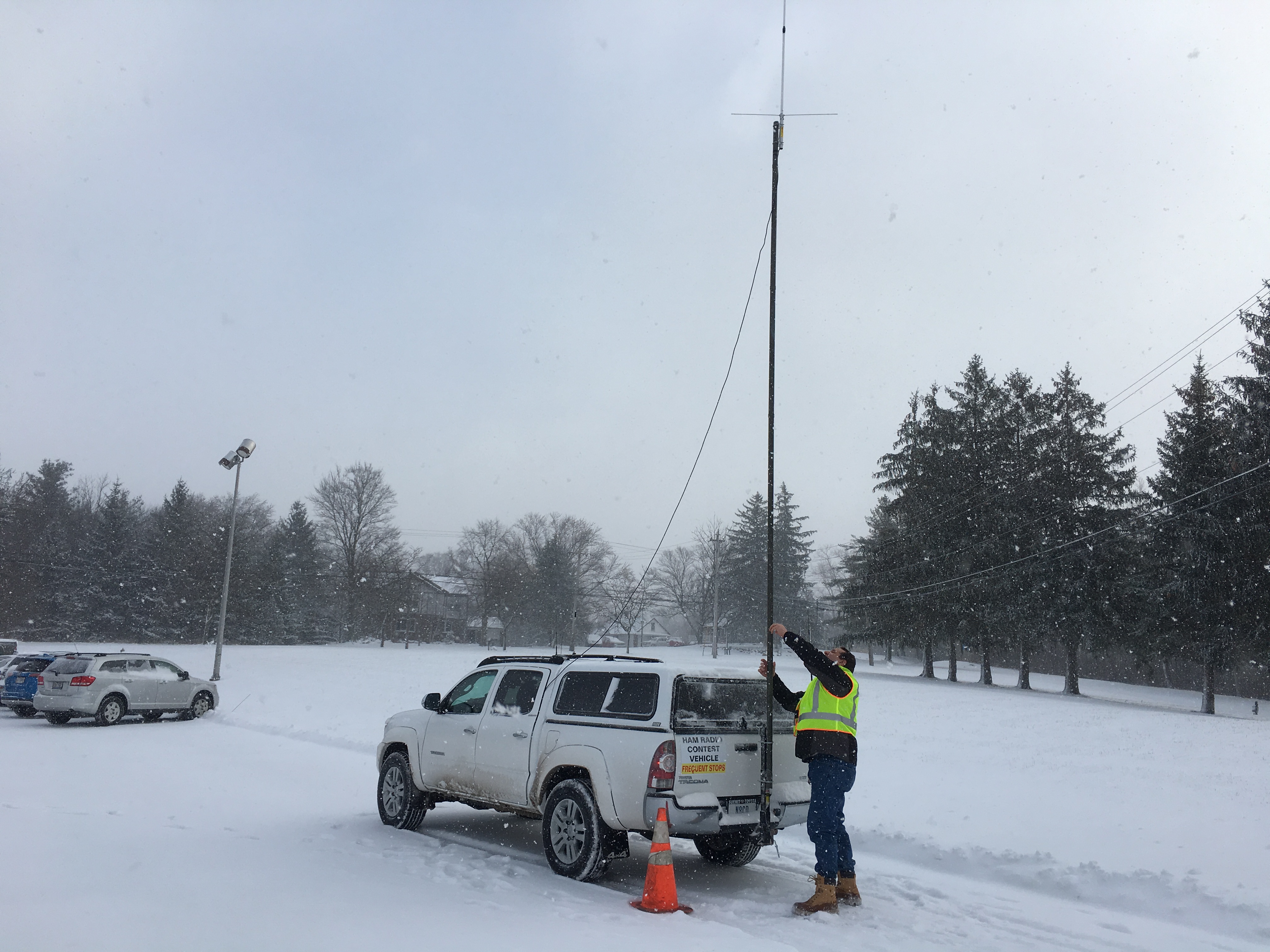 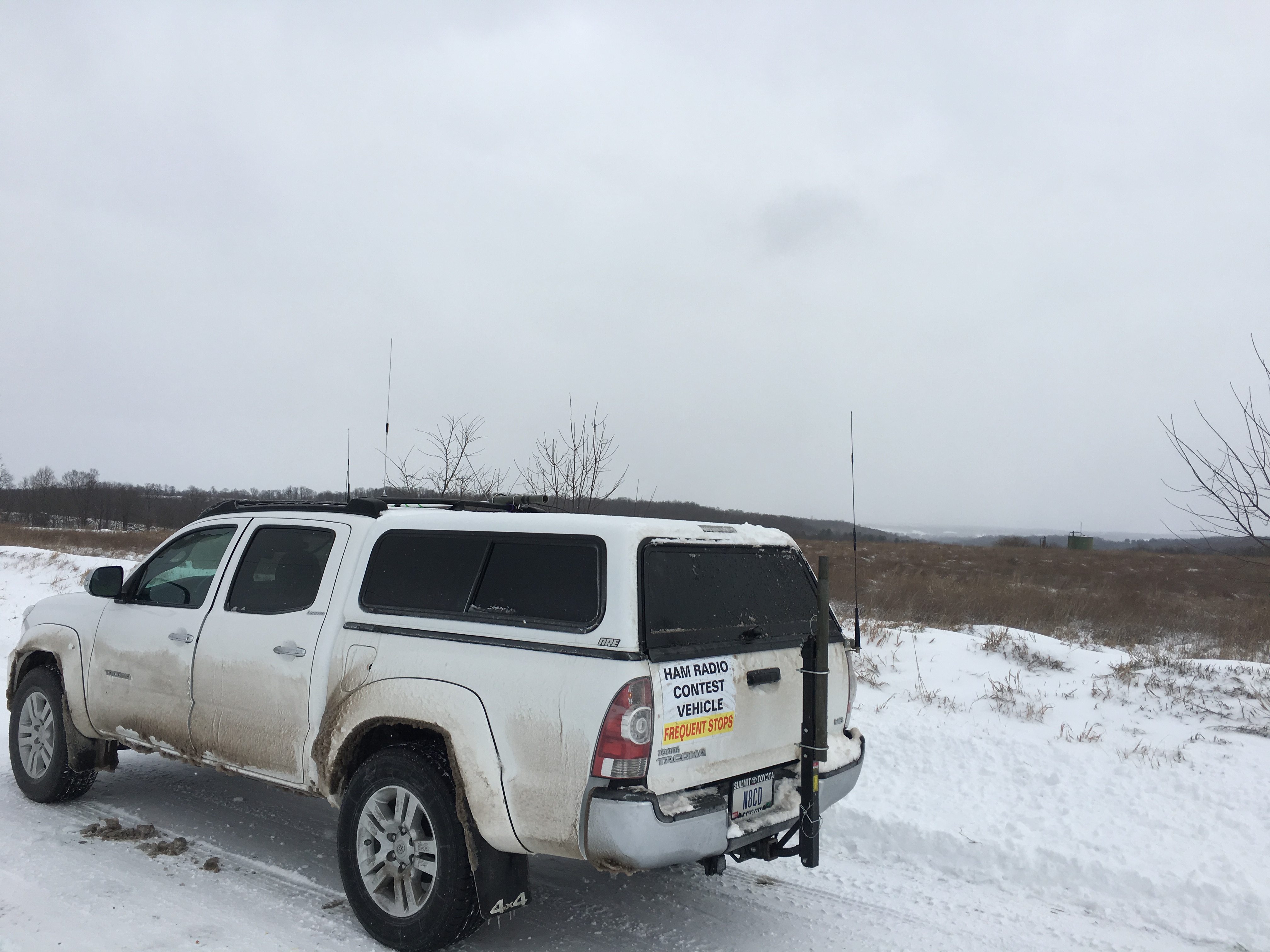 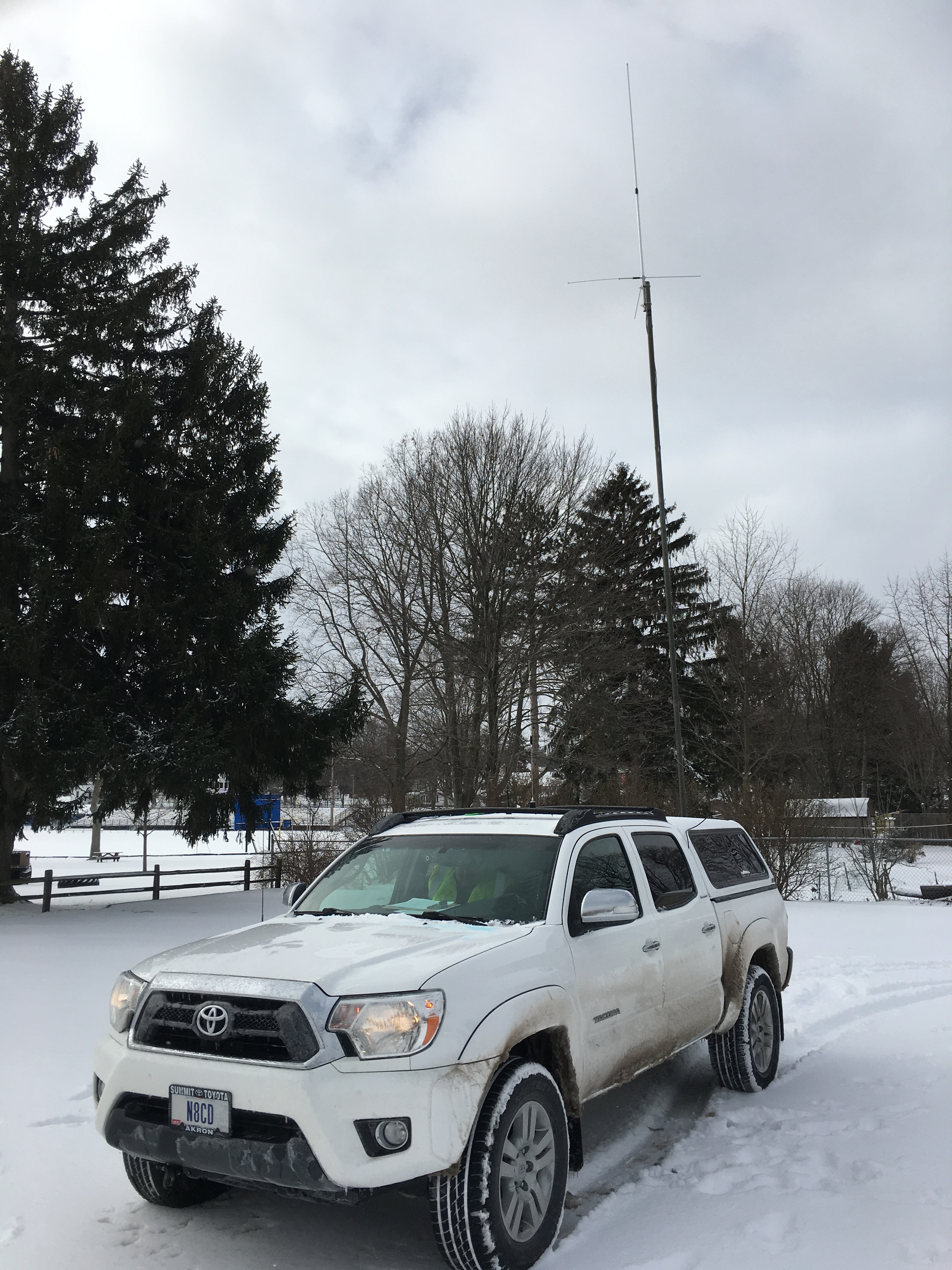 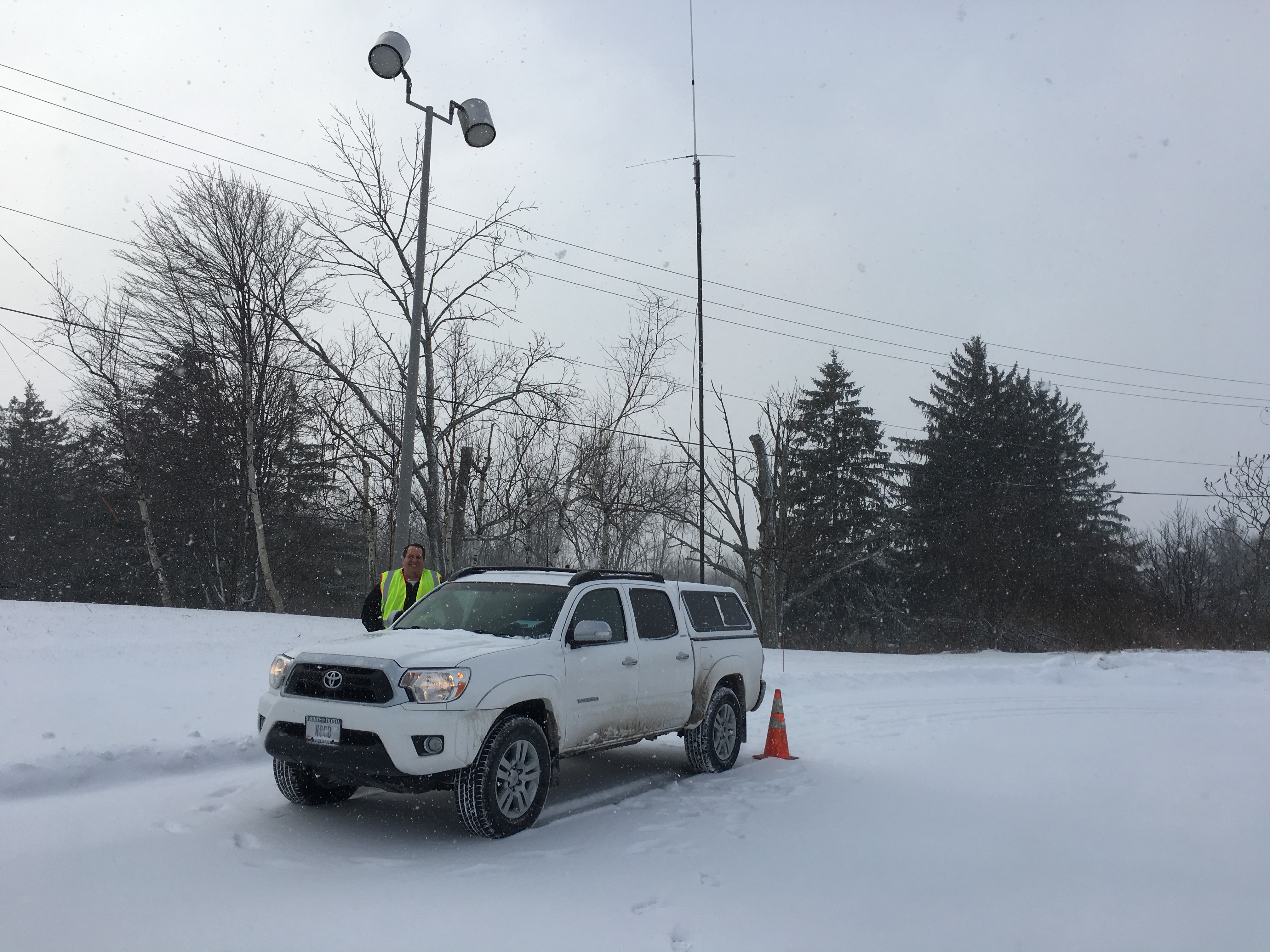 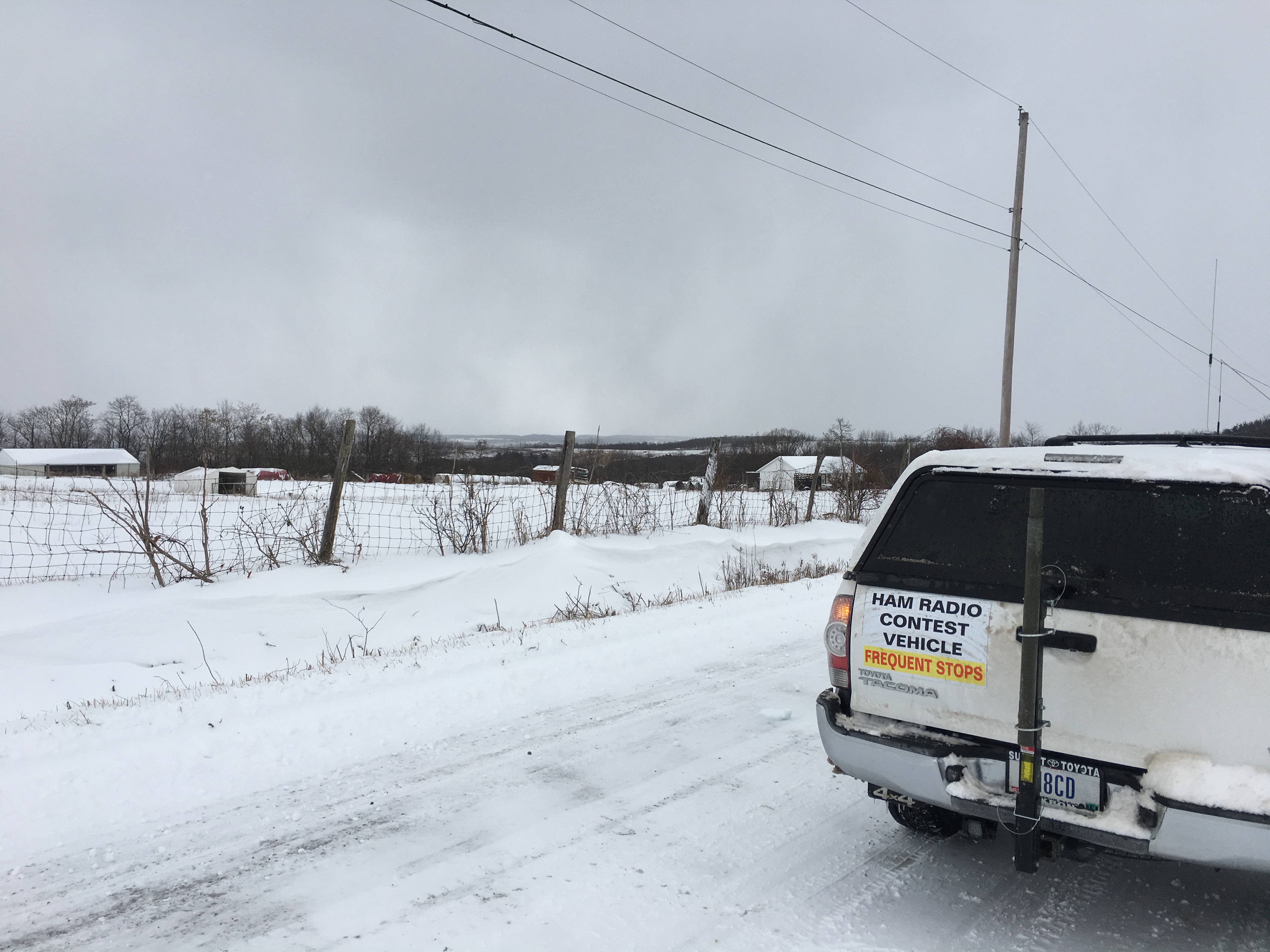 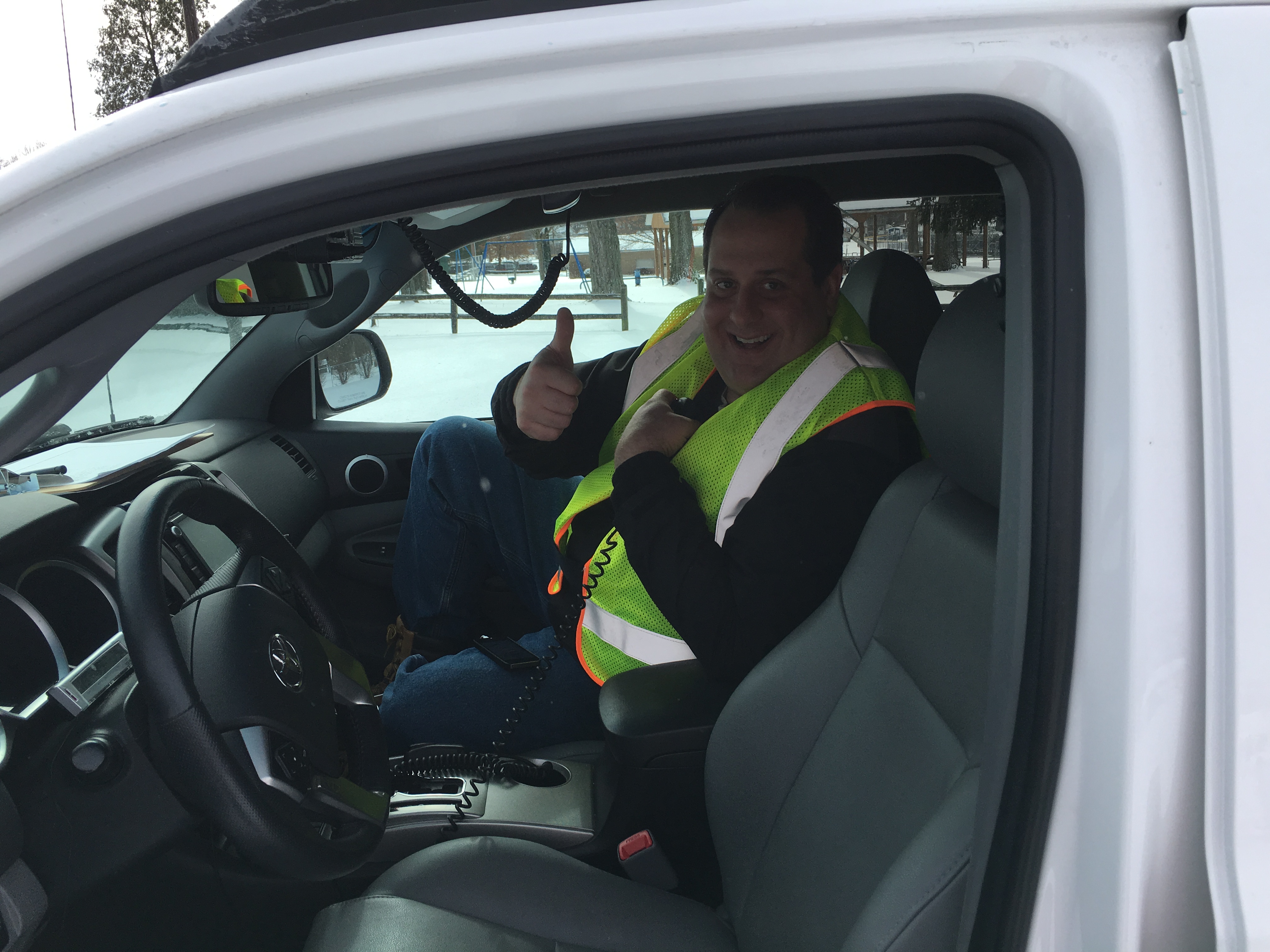 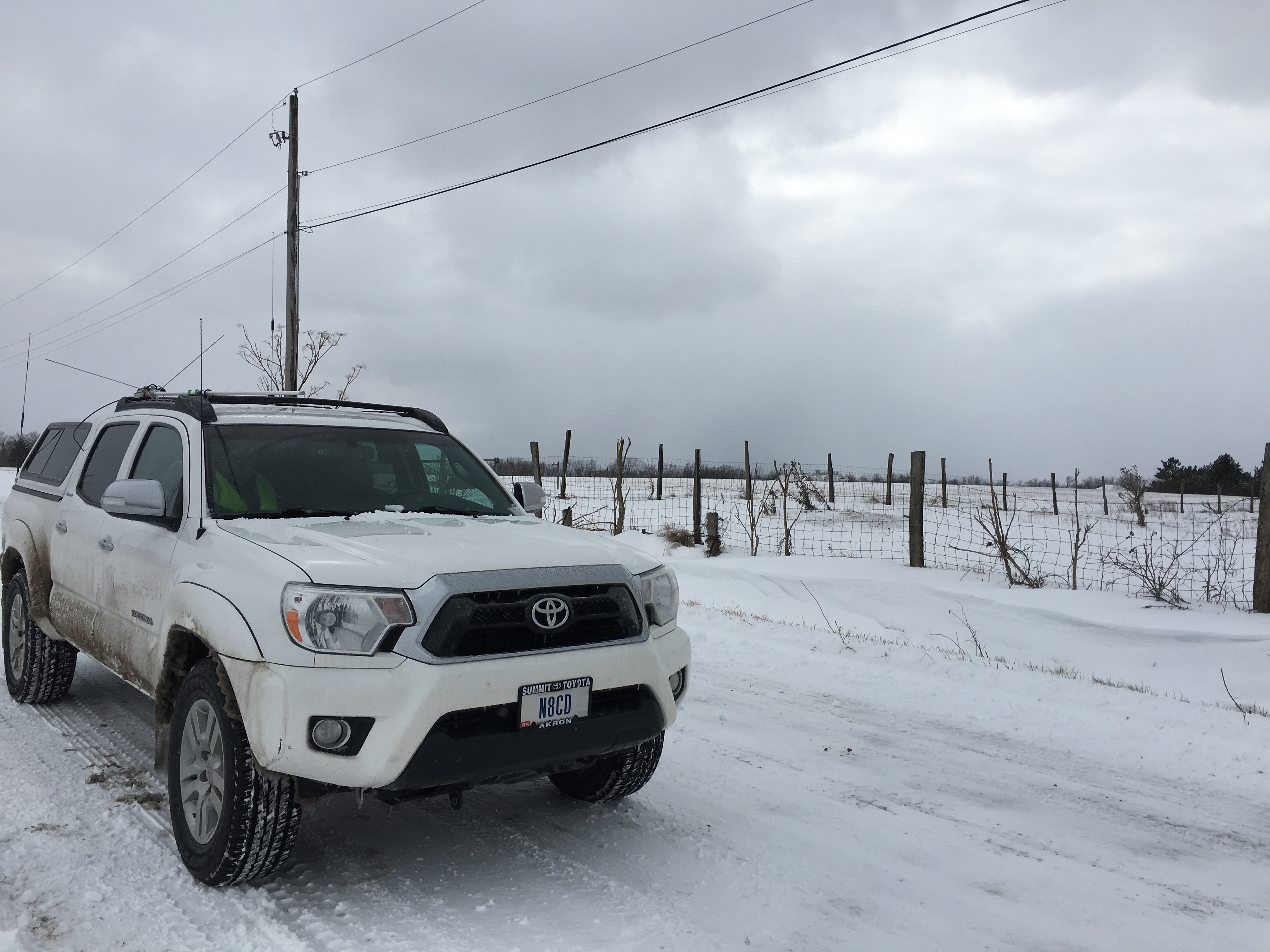 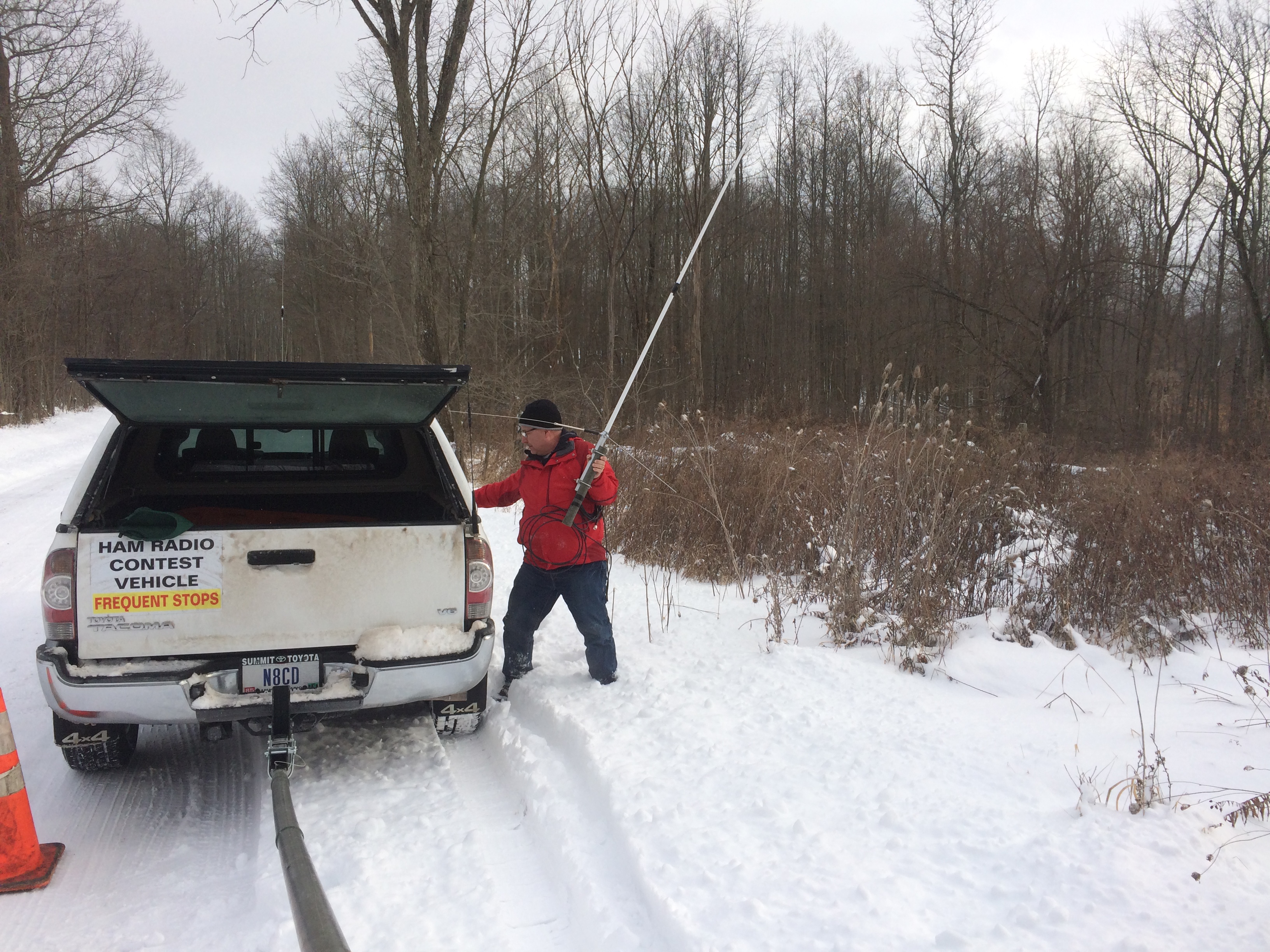 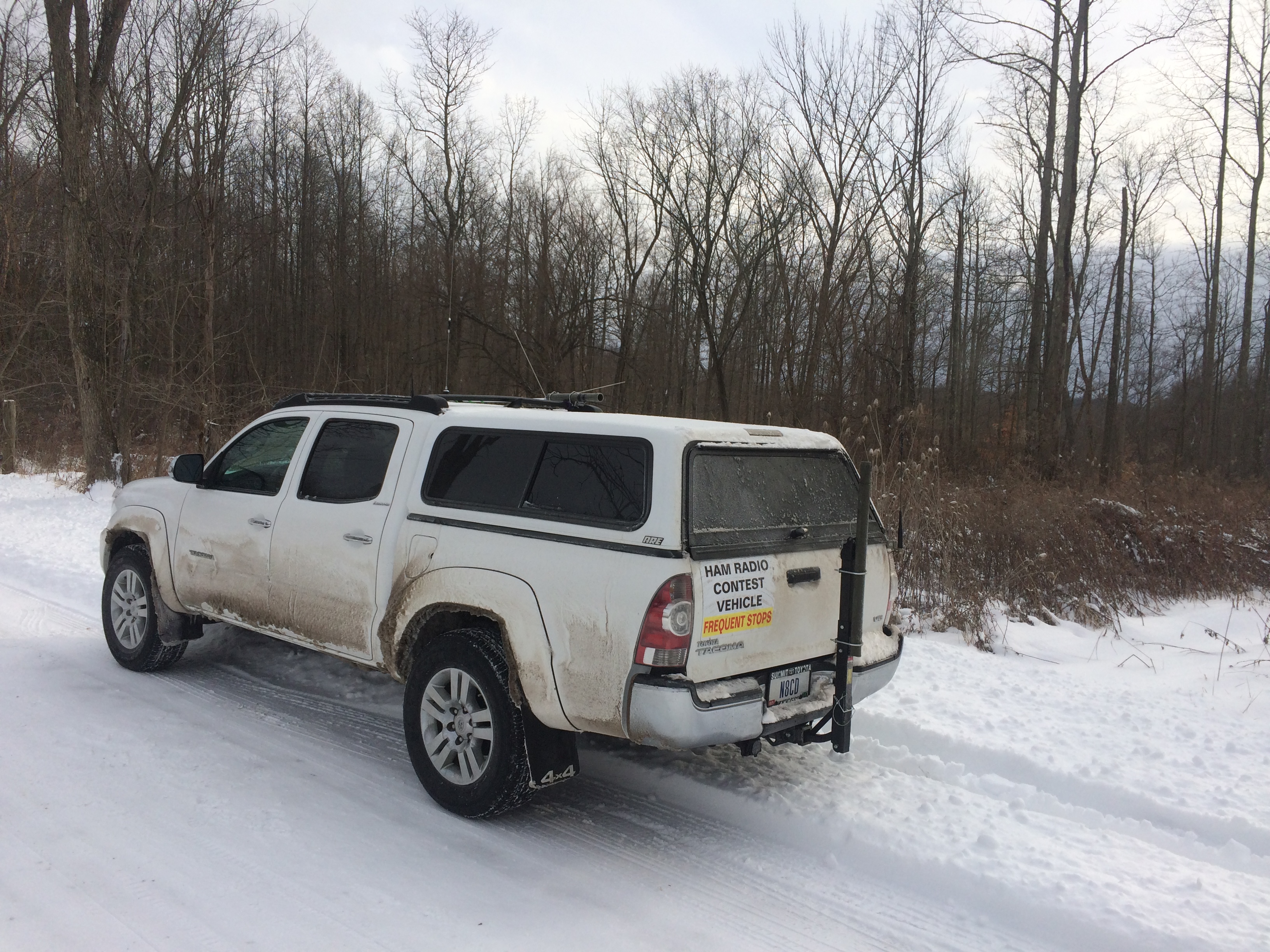 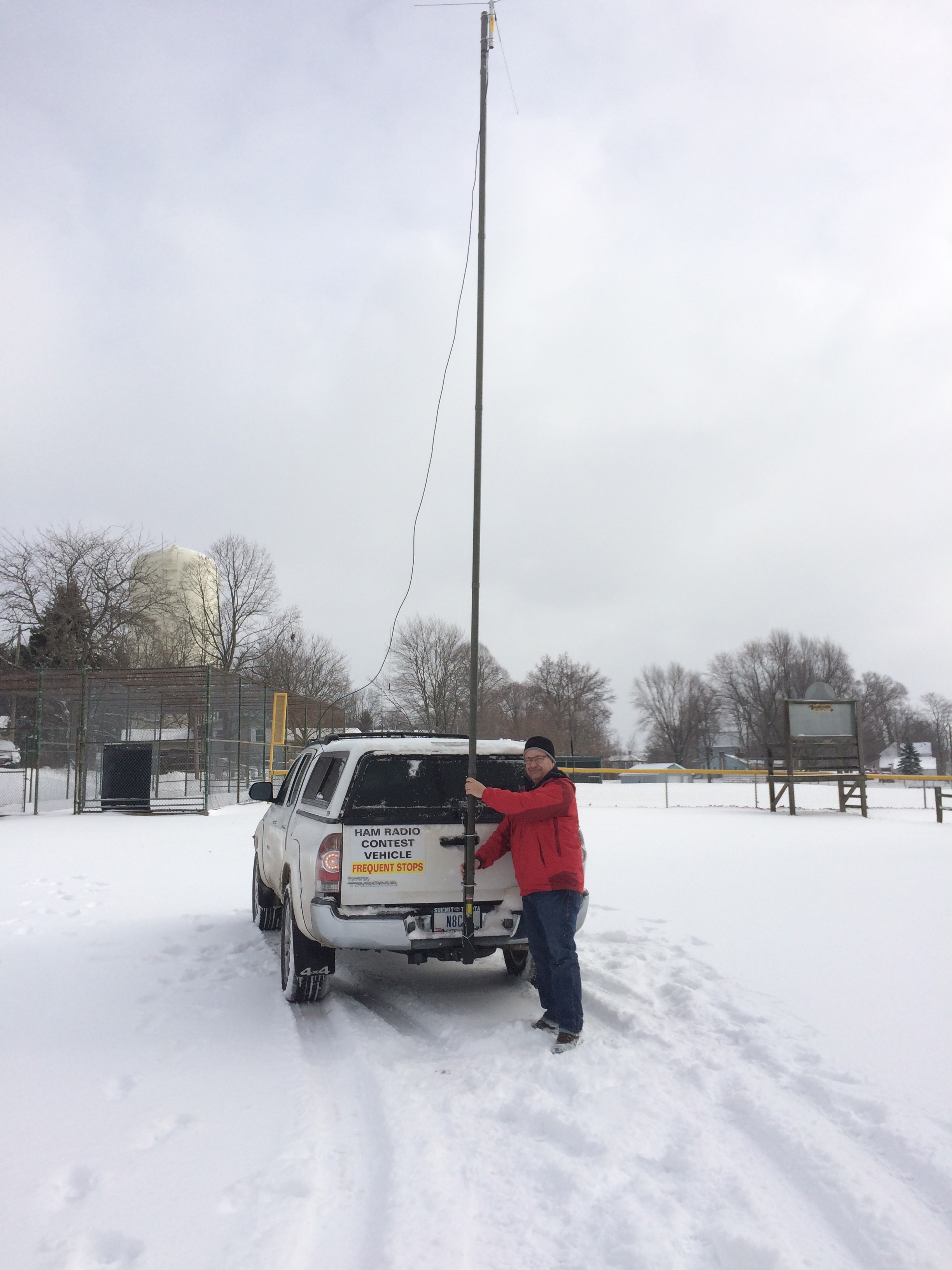 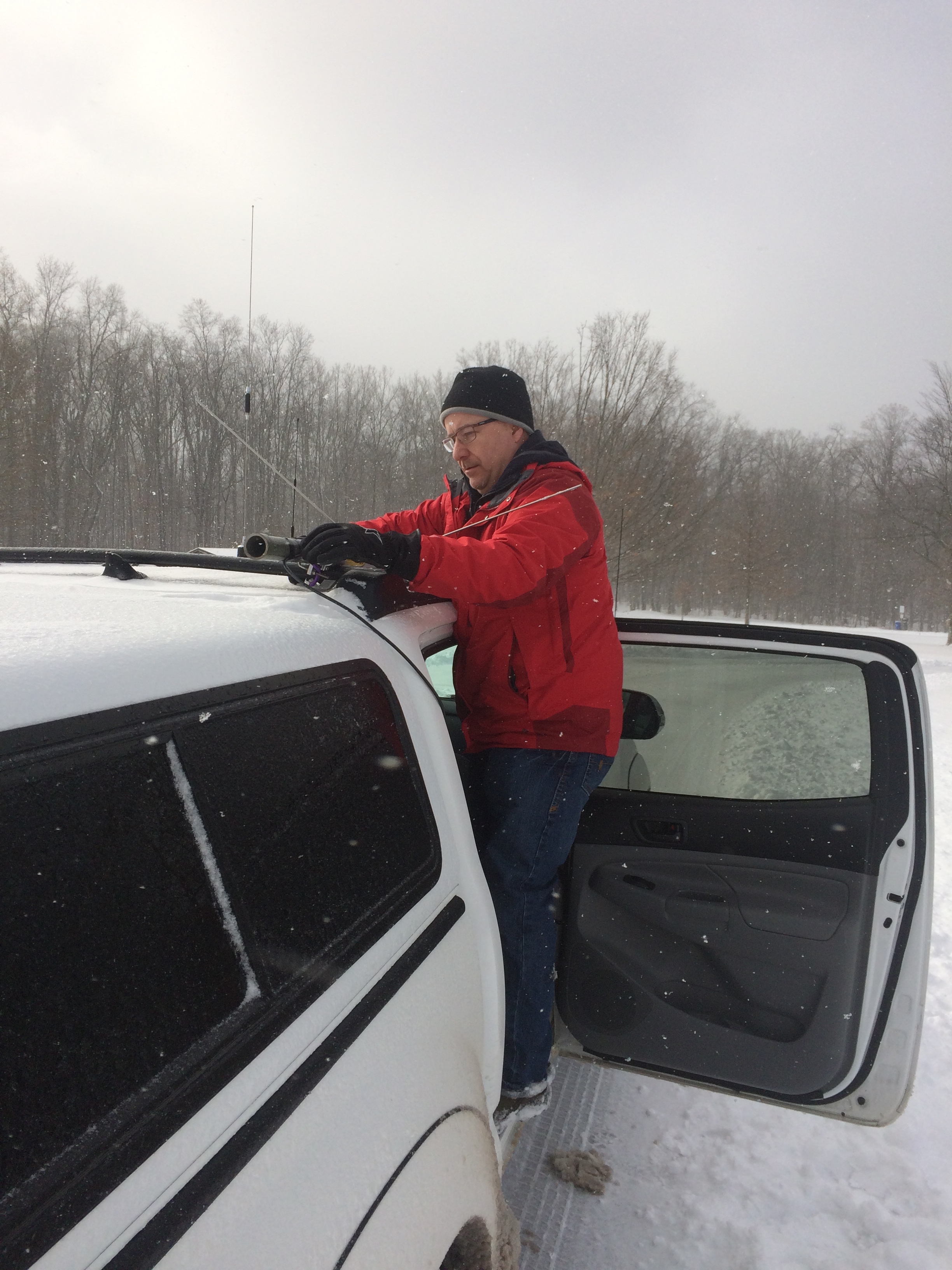 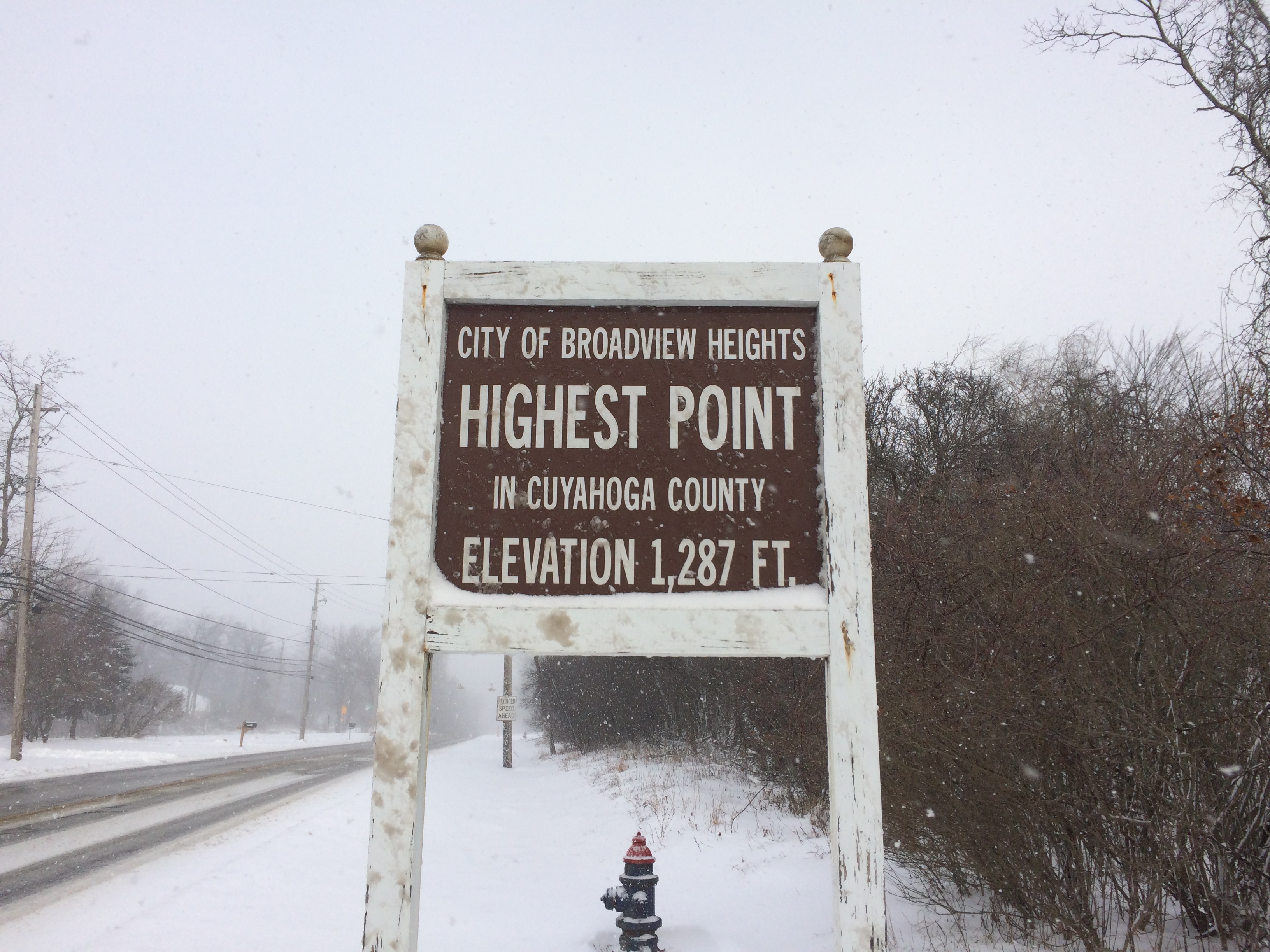